More Light Sunday (LBTQ Pride event) Kathleen will be soloing on several songs, including "Calling All Angels" by Jane Siberry and either "Loving the Alien" by David Bowie or Kathleen's own "Love is Best of All" - the committee is still fine tuning. Hope you can come and celebrate spirit and humanity, regardless of whether you love "church" or not. SSPC is a progressive church and is the home of the start of Sanctuary movement back in the 1980s under Pastor John Fife. It continues in that vein. 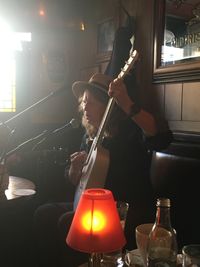 Had a wonderful "Have Guitar, Will Travel" journey through Ireland the month of August. Played some music for family and friends, and strangers here and there. From Westport to Kilmoon. Followed by a week in Spain, starting in Bilbao to Pomplona, and 4 days of walking on the Camino Santiago from Puenta La Reina to Logroño. 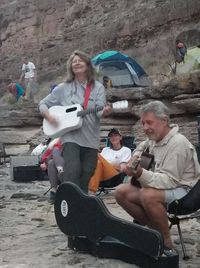